Timbuktu is symbolic. I mean it’s a place, but it’s also, for me, a symbol of a written tradition across a huge region. In symbolic terms it calls attention to traditions of writing that pre-dated the introduction of the European script and the printed book. Because if you look at the history of the book and people writing about African literature, for the most part, in the vast majority of cases, their emphasis has been on European script languages and on the printed book. And what you have in Timbuktu and that whole Sahel region is a tradition of writing and bookmaking that is very different. 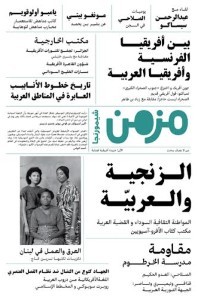 This article first appeared in print in Muzmin, an Arab edition of the Chronic (July 2015).

These were locals who adopted a religion that had its origins in Arabia. And in these early origins and spreads it was through traders and the conversion of the rulers of the “kingdom” of Ghana. At least as far as we know, it was only the elite! For a long time what we talk of as West African Islam was the conversion of the ruling elites. As far as we know, not the people in the countryside, the majority. That’s a much later development.

You see also in the history this recurrent appearance of “reformers” trying to “cleanse” the society, “cleanse” the elite and introduce a pure form of Islam. But many of these reformers are not Arabs. They are locals. They just have more text knowledge, more book knowledge. And so, the Timbuktu texts are full of these conflicts. They reflect on these conflicts. They trace and they track the unevenness of Islam in that region. So, there is a lot in the manuscripts about the social history of the region.

The Arabic language is the vehicle for the expression of views and ideas and the writers are not Arabs. These are local scholars, largely Songhai and Fulani. There was the great Songhai “kingdom” and there were scholars, Tuareg scholars, but there were scholars who created Arabic genealogies for themselves. That happens a lot throughout the Sahel, the fabrication, the invention of a past that is exotic, outside the continent. It’s not only Muslim people who do this. The Ethiopian tradition is that they are Solomonic, they are from the Middle East and that they are not African. So it’s not peculiar to the Fulani or these other peoples who are Muslims in West Africa. There are these myths of tradition, myths of origin that begin off the continent among numerous ethno-linguistic groups.

So, I’ve always said, when people ask us what was the significance, for us or for the world, when the libraries were raided, I said, firstly, in the first instance, it is local, it is regional. And from there you can make larger claims. But you have to understand the materials in their context. 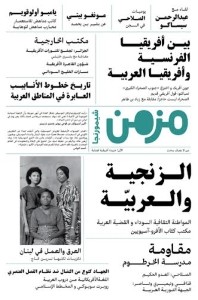