11.45 am on a Tuesday morning in October and the train from Park Station to Phomolong, Soweto It’s is tolerably full. I am wedged against a train-pole in the compartment, a microphone in one hand, a sheaf of papers in the other.  Aboard a moving train, I am lecturing to commuters and about a dozen colleagues and students from my university. The topic is the Indian Ocean.

The lecture forms part of the ‘Sermon on the Train’ organized by two final year fine art students Molemo Moiloa and Nare Mokgotho (www.sermononthetrain.blogspot.com).  The project relocates university lectures from the seminar room to the carriage of a commuter train between Johannesburg and Soweto. Mine is the third in the series.  Moiloa and Mokgotho describe their project as an attempt to investigate the publicness of the public lecture.  Through this venture, they aim to reveal the lack of real accessibility of university public events while defamiliarizing and reframing the conventions of public address.  The precedent for the idea resides in the long-standing traditions of public preaching on South African trains.

I am under strict instructions from Mokgotho and Moiloa not to dumb down.  They want a lecture as it would be given in the university.  I take my instructions seriously and plan to deliver a piece called ‘Universalising the Indian Ocean’ destined to appear in PMLA in March 2010.  Once on the train, I lose my nerve and abandon my written lecture for a more extemporary style as I attempt to engage the rather bemused commuters.  Some continue to read their newspapers, other check their phones while some stare out of the window.  A surprising number do in fact pay attention.

The lecture focuses on why the Indian Ocean matters and how some of South Africa’s futures will unfold in this arena. I cover some basic background (monsoons, long distance trade, waves of imperialism) and then talk about the Indian Ocean as the coming strategic arena of the twenty-first century where the forces shaping a post-American world intersect: Somali pirates, Sino-Indian competition over energy sea lanes and African markets and minerals, Al-Qaida’s continued focus on US interests around the littoral (Tanzania, Comoros, Kenya, Yemen etc.) and persisting US imperialism most evident in their occupation of the atoll Diego Garcia.

As we move towards a post-American order, a new world is taking shape.  Its outlines are not immediately visible but the Indian Ocean provides an excellent vantage point, looking back to the lingering effects of the Cold War and forward to the shape of a post-American world.  Sino-Indian competition as well as the growing gulf between India and China on the one hand and Africa on the other raise compelling questions for older ideas of third world unity, Afro-Asian solidarity, non-alignment and Bandung (the latter producing a nod of recognition from one man slightly older than myself).

I hit a tricky patch as I try to explain Engseng Ho’s views on the Indian Ocean as an  arena made analytically distinctive by the interaction of old trading diasporas (Hadramis, Gujaratis, Boras, Malays etc.) with European imperial formations (Portuguese, Dutch, British, US) (The Graves; ‘Empires’).  This interaction is less about colonizer and colonized than about the intimate encounter of universalisms, the grand designs of the sayyid Hadramis tangling with the global ambitions of European imperialism.

The next section of the lecture explains how these views of the Indian Ocean help us rethink the role of the nation state. I use three examples – Amitav Ghosh, Abdulrazak Gurnah and Engseng Ho. For Ghosh, the cosmopolitanism of the older diasporic networks offers a counterpoint to the narrowness of the modern nation state system.  For the novelist Gurnah, the nation state is a weak epiphenomenon subsumed into the transnational networks of trade above it and the loyalties of family and lineage below it.  For Ho, the nation state is overshadowed by more epic entanglements as the universalistic ambitions of old diaspora and new empires encounter each other.

As I get to the end of Gurnah, we arrive at Phomolong and the university group leaves the train. We chat on the platform. An ultra-cool youth, Tshepo, part of a group of four whom I had taken for commuters, engages me in conversation.  The group turns out to be friends of the organizers and runs an art and mobile library project from the inner city.  They are dressed in a pastiche of township and retro idioms: ankle-length tennis shoes; late 70s TV-shaped spectacles; tartan pullovers; low-slung jeans.

The return train arrives and we all climb on. I moor myself to a pole while Mokgotho introduces me to a new cast of commuters. I summarize the story thus far and embark on Engseng Ho’s account of that most prominent of Hadramis, Usama bin Laden, like most elite Hadramis before him intimate with power, in this case Saudi royalty and the Bush family. Intimacy with power enables Bin Laden to grasp the invisible nature of current US imperialism, ‘an empire without colonies’ and an ‘anti-colonial imperialism’. This new mode of near-invisible domination subsists in the ‘projection of political power across large space’ played out by ‘mercenaries, gunboats, missiles, client elites, proxy states, multilateral institutions, multinational alliances’.  The September 11 attacks unmask this geographically ambitious but invisible form of power by resorting to hyper-visible spectacle.

By this stage I have thrown away my notes and am ad-libbing entirely. I tell the carriage about why we need to worry about India and why it is so difficult to study Africa and India together (Cold War area studies map; colonial triangulations of ‘white’, ‘black’ and ‘brown’, competitive discourses of civilizationalism). We can only think about India via images of too much solidarity (shoulder to shoulder in the anti-colonial/anti-apartheid struggle) or too little, with African-Indian conflict played up to the hilt.  I explain that we have to take both co-operation and conflict into account.  Most of the carriage listens intently.

It is critical, I insist, that we understand the multiple linkages between South Africa and India. In broad brushstrokes, I tell them how Gandhi invented India in South Africa and how his book Hind Swaraj with its views on violence and technology was shaped in Johannesburg. I talk about the Anglo-Boer War and how the British sent 9 000 Boer prisoners of war to India.  I list some of the South African intellectuals who visited India – ANC President Albert Luthuli, DDT Jabavu, the prominent mid-century academic and writer.  A description of the Siddis in India produces rather blank looks of incomprehension from the audience.

I reach the end of the lecture and invite questions.  The first comes from a laconic young commuter – addressing David Andrews, a colleague from Fine Art, he says, ‘Mr Andrews, the last time I saw you was at King Edward High School where you gave me an ‘E’ for my art project.’  The carriage bursts into laughter, chortling at the randomness which has thrown them onto a carriage to encounter an unsolicited lecture and to witness the improbable re-union of a teacher and pupil.

This story is in print as part of Chimurenga Vol. 15: The Curriculum is Everything (available here).

Presented in the form of a textbook, Chimurenga 15 asks what could the curriculum be – if it was designed by the people who dropped out of school so that they could breathe? 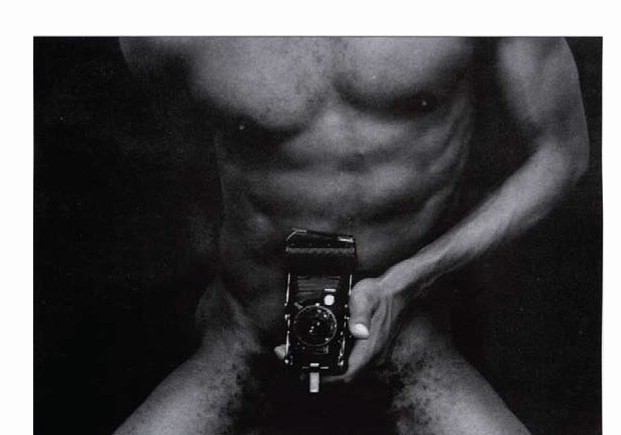 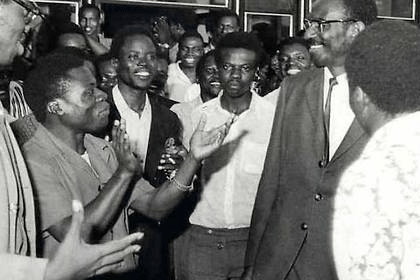 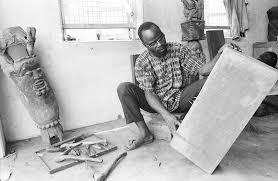 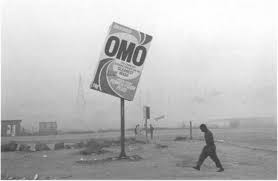 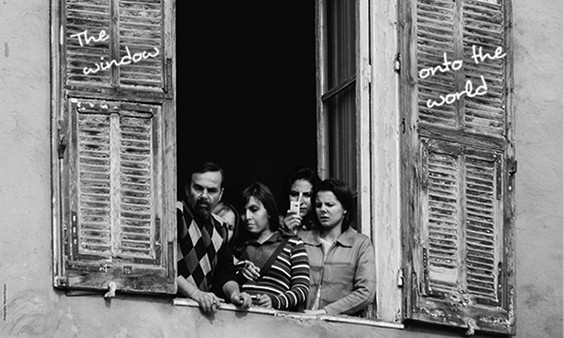