Look behind the words and you might find the truth. In England they are supporters – loud, loyal, steadfast, present in body and soul, through the wind and the rain. The word suggests a bedrock, a shoulder to cry on, a foundation. In England football fans know, or at least believe, that their team would not exist, either financially or spiritually, without them.

Maybe they think this in Brazil too, and maybe they’re right. But in Brazil they are not supporters, they are torcedores, from the verb torcer, meaning to twist.

“The word was used by writers based on a picturesque observation of match days,” wrote the historian Bernardo Borges Buarque de Hollanda. “Handkerchiefs were twisted and wound on the terraces by the female fans, who… expressed in a subtle way the suffering caused by the tension of the game.”

Either way, it fits – the word appeared as the game grew in popularity in the early years of the 20th century, and its sense of motion and flexibility reflected a lot of things – the swaying of the growing crowds on the terraces, the flight of the ball and the dribbles of the players, both then and in the future (if he hadn’t been called the Angel With The Bent Legs, then surely “twister” should have been used, somewhere, to describe Garrincha), the sense of social flux of the era, as black Brazilians began to find their place in society and even on the football pitch, a couple of decades after the Lei Áurea (“the Golden Law”) had officially abolished slavery in 1888, and the feel of rhythm and musicality that would come to define the Brazilian game.

That was the start. As Brazilian football grew it discovered its angels not just on the pitch, but also in the press box. One of the greatest was Nelson Rodrigues, the Pornographic Angel, as he was known, for his bawdy tales of the romantic and sexual foibles of working class folk. Rodrigues coined the phrase complexo de vira-lata (the mongrel complex) to describe Brazil’s sense of inferiority compared to the rest of the world, not least because of certain wrong-headed views on the perils of miscegenation.

He was, of course, writing about football – the term originally referred to the Maracanaço, Brazil’s 2–1 humbling by Uruguay in the final and deciding game of the 1950 World Cup in front of 200,000 first expectant, then distraught fans at the Maracanã. Rodrigues used other words too – two of them, “our Hiroshima”, were employed, hyperbolically, to show the emotional and psychological devastation that the Maracanã defeat wrought upon the country.

Nelson’s brother, Mario Filho, was another example of how words and football mix in Brazil. His 1947 book O Negro No Futebol Brasileiro (The Black Man in Brazilian Football), which told the story of pioneers and greats such as Arthur Friedenreich, Leônidas da Silva and Domingos da Guia, is even today considered a classic of Brazilian sporting literature. The Maracanã’s official name is the Estádio Jornalista Mário Filho, and Nelson dubbed his brother O Criador De Multidões (The Creator of Crowds) because of his work in popularising the game.

More words. The vehicle through which football spread across this vast country was radio, with Rio de Janeiro stations broadcasting the games of teams like Flamengo and Vasco da Gama to the north and north-east of the nation, thousands of kilometres away. In the 1940s the words came from Ary Barbosa, whose commentary, according to another football historian, David Goldblatt, “was witty, fantastical and deeply partisan. In an effort to be heard above the crowds he bought a harmonica from a toyshop and took to signalling goals with a sprightly trill.”

Perhaps the most Brazilian football word of all though is not a word but a sound, an enunciation, a single, sustained note – the gooooooooooooooolll! shout credited to Rebello Junior, a former horseracing commentator. The style was not unanimously popular at the time, however.

“I think the long-form announcement of a goal is a waste of time. When an announcer says gooooooooooooooolll and it takes 20 seconds, the listener just wants to know who it was that scored,” said Nicolau Tuma, who narrated the first complete live game in Brazil in 1931.

Now, as then, the heady vernacular of Brazilian football is a tropical, kaleidoscopic stream of consciousness, a loquacious, gabbling rush and tumble of words. Not even the combined goals of Romario and Ronaldinho and Ronaldo could keep up. There are animals – in Belo Horizonte the foxes (Cruzeiro) chase the rabbits (América) and the rooster (Atlético), in Campinas there are monkeys (Ponte Preta), and in Belém (Remo), Salvador (Vitoria), Recife (Sport) and Fortaleza (Fortaleza EC) there are lions. Pity poor Náutico, also from Recife, for what player would feel his adrenalin pump faster at being nicknamed a possum?

Not all the animals are as lovable – in a 2014 Copa do Brasil game in Porto Alegre, as several groups of Grêmio fans around the stadium made uh-uh-uh noises at black Santos goalkeeper Aranha, a young woman was caught on camera shouting “macaco, macaco” (monkey, monkey) at the player, her face twisted (that word again) in hatred. Sadly, it was not an isolated incident in recent years, either on the pitch or in the stands.

There are colours – black and white (Atlético again, and Botafogo) and red and black (Flamengo and Sport) and crimson and white (Náutico again) and Big Greens (Palmeiras) and tri-colours and bi-colours. There are the moves – the falling leaf (a shot that dips suddenly near the goal), the hat (a lob over an opponent’s head), and the little fish (a diving header).

And there are the players – the cheeky, diminutive “–inho” nicknames are now giving way to more European-sounding first name plus surname combinations, but there is still enough space for a little creativity. If only his play had been as memorable as his name, striker Creedence Clearwater Couto might have been bigger than Messi, and even today, if you are lucky you might be able to catch a glimpse of a Pikachu, a John Lennon, a Mahatma Gandhi or a (Gary) Lynneeker on a Brazilian football pitch.

Today the words are changing, becoming more intelligent. Just as the atrocities of the First World War gave sense to the unhappy, discordant theories of modernism, so the 7–1 defeat against Germany at the last World Cup has made the criticism of Brazil’s more intelligent football journalists seem prophetic and shown a yellow, if not a red card to the mindless “Pentacampeão!” (We’ve won the World Cup five times!) jingoism of the past.

There is no better example of this than the Folha de São Paulo newspaper, where the column of 1970 World Cup star Tostão, now a doctor and writer (“Many people believe that Brazilian football hasn’t yet reached rock bottom, and the next disaster will be failure to qualify for the 2018 World Cup… there are many reasons for the decline in our football, and no single manager, director, magician or Neymar is going to solve the problem quickly”) elbows for space alongside the tactical analysis of Paulo Vinicius Coelho and the writings of Juca Kfouri, a fierce critic of Brazilian football’s corrupt leaders (“…the result of a diseased, rotten power structure, that hardly deserves the sustenance it gets from a compliant legislation that perpetuates privilege and corruption… enemies of public interest, and the Brazilian state”).

But those leaders, too, have their own vocabulary. “I shit a heap,” mocked former CBF (the Brazilian FA) president Ricardo Teixeira when questioned about accusations of corruption. That was nothing compared to some of the words of his predecessor Jose Maria Marin, when questioned about his time as a right-wing politician in São Paulo during Brazil’s military dictatorship – “it’s slander and libel to suggest I was responsible for the torture and death of Vladimir Herzog”. Herzog was a journalist who died under torture in police custody. Romario, meanwhile, has his word for the likes of Teixeira and Marin: “Rats”.

However much it inspires and thrills, football should never throw a blanket over the problems of a country (more words – “it will be the Copa das Copas”, the best World Cup of them all, said President Dilma Rousseff, as construction ran late, infrastructure works were forgotten, costs spiralled, and white elephant stadiums blossomed in Brasilia, Manaus and Cuiaba), but should instead shine a spotlight on the ills of the society around it, in the hope of calling attention to the wrongs of the world.

In 2013 the writer Xico Sá penned an essay inspired jointly by the troubled, desperately poor upbringing of Flavio Caça-Rato, then a striker with Santa Cruz, and a photograph of a small boy swimming in a trash-infested canal outside Santa’s Arruda stadium, searching for recyclable cans. The mediaeval poverty that the picture revealed caused revolt across Brazil. The piece was entitled “In Caça-Rato Country”.

“In Caça-Rato country some, like Flavio, escape, thanks to football, funk or rap… but most are lost along the way, little Rat Hunters doomed to a life amidst the human refuse, or worse, ended by the bullets (nothing stray about them) of the police – almost always dead by the time they are 30.”

In this most loquacious, verbose of countries, words and football flow and multiply and grow, one reflecting the other. Never, though, do words have more meaning than when they describe the nexus between the game and society in all its horror, in all its glory. 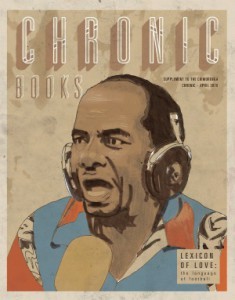 You Have No Power Here
Reform and Revolution: The Destruction of the University