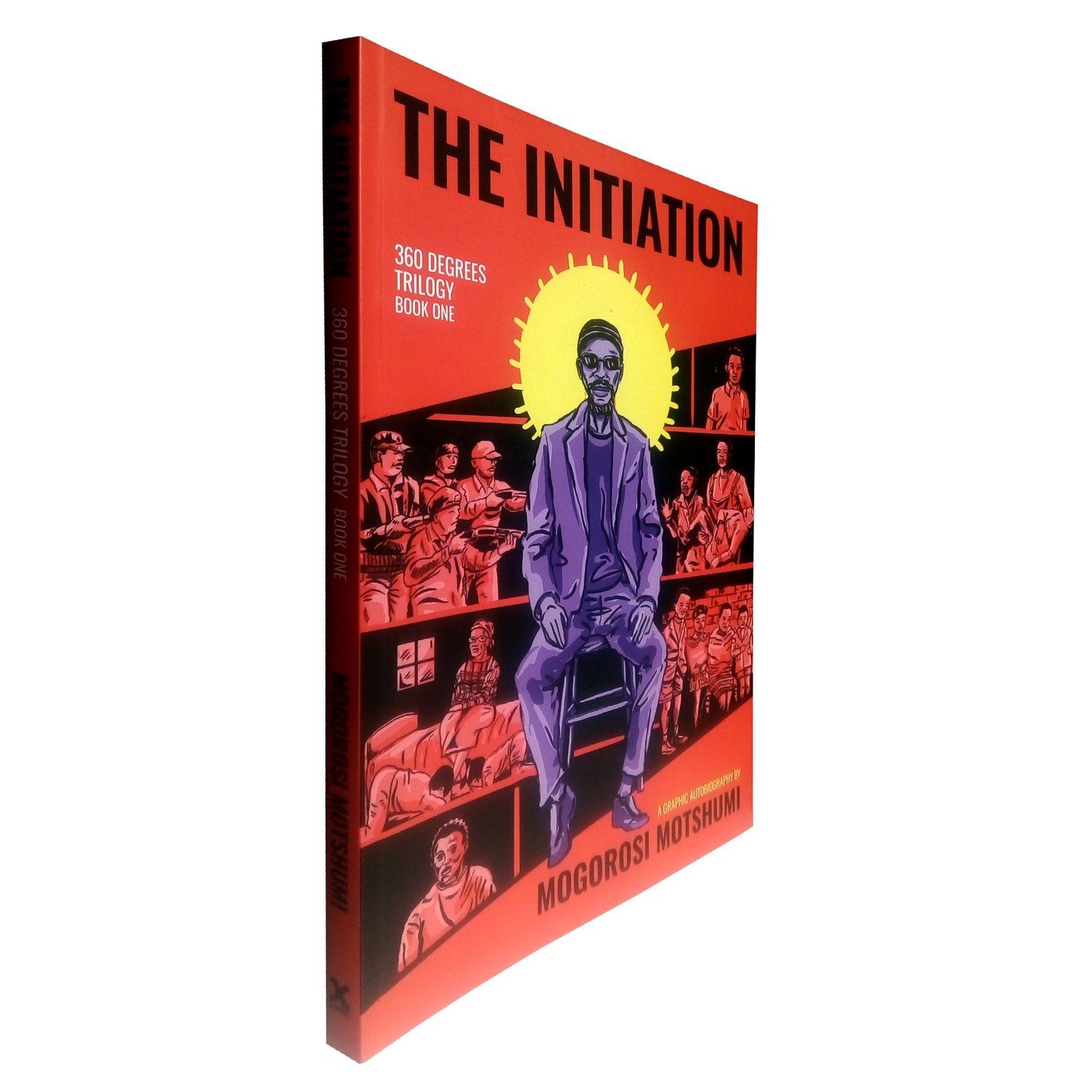 The Initiation is the first book in the 360 Degrees trilogy.

While the last two decades have seen the emergence of several significant black political cartoonists and comic artists, Mogorosi Motshumi is the first black South African comic artist to produce a long-form graphic autobiography. At more than 300 pages, 360 Degrees, to be released in three volumes, is one of the most substantial works of graphic literature to emerge from South Africa to date.