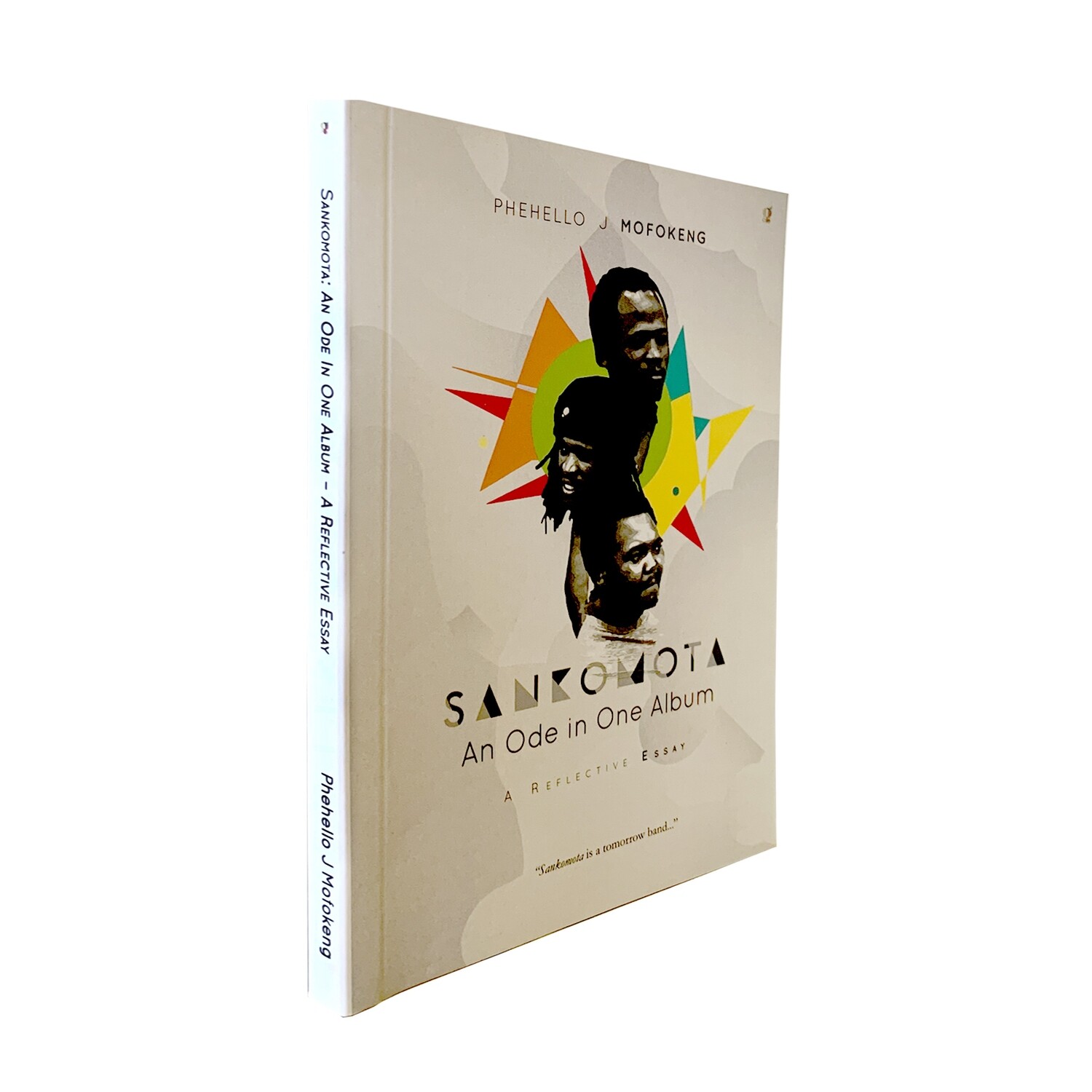 SANKOMOTA - An Ode in One Album

“Sankomota: An Ode in One Album – A Reflective Essay” is the result of many years of research and obsession about the music and band of Sankomota. The book is a slim offering that offers insights into the first album ever recorded in Lesotho, ‘Sankomota’ by the band Sankomota. Recorded in 1983, this album became an instant classic.
Through his interwoven narrative that goes from pseudo-scholarship to delineation of Sankomota’s intense use of language, Mofokeng’s essay touches on mythology, performance, language and politics of this important band that was at the frontier of anti-apartheid and freedom music. Mofokeng attempts to paint a broad image of the musical landscape of the time and unveil the musical obsessions of Sankomota. By the author’s admission, “this book is not definitive, but it is a worthwhile addition to the body of literature and to an ethno-musical understanding of SA’s musical history.”

Sankomota is Published by Geko Publishing.