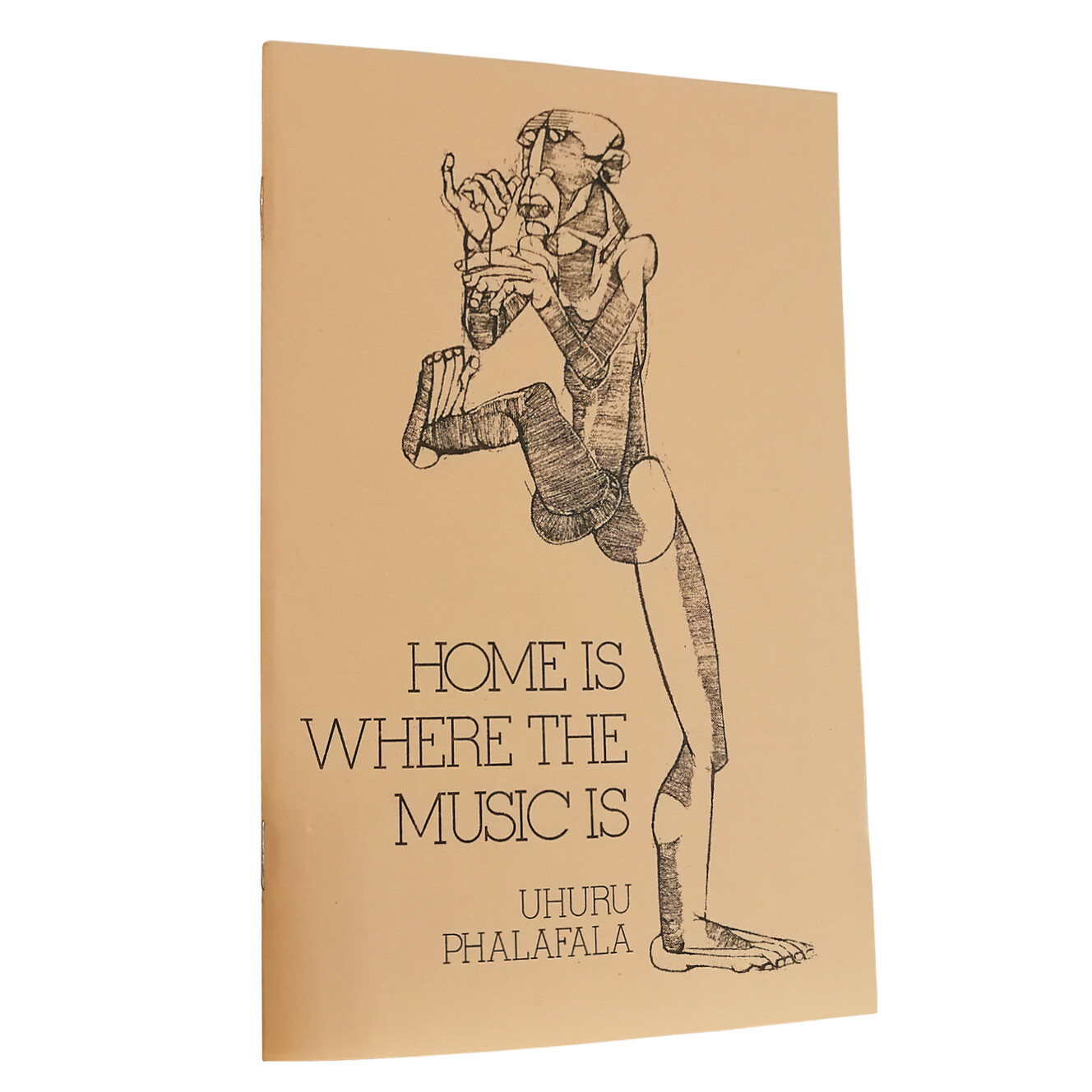 Chimurenganyana: Home Is Where The Music Is by Uhuru Phalafala

“Home is where the music is” is drawn from Keorapetse Kgositsile’s poem “For Hughie Masekela”, dedicated to the South African trumpeter, composer and bandleader. The poem ends with the lines, “This then is the rhythm / and the blues of it / Home is where the music is”. The poem was published in the 1974 collection, The Present Is A Dangerous Place To Live, however it was presented to Masekela earlier. Bra Hugh then recorded a double album titled Home Is Where The Music Is, with artwork by South African abstract expressionist Dumile Feni, released in 1972. The album features the song, “Blues for Huey”, which evokes the lamentation and longing of exile in Kgositsile’s poem, interweaving New York and Maseru, revealing continuities across the Atlantic.

Featuring artwork by Dumile Feni, taken from the album sleeve of Hugh Masekela's Home Is Where The Music Is (1972)