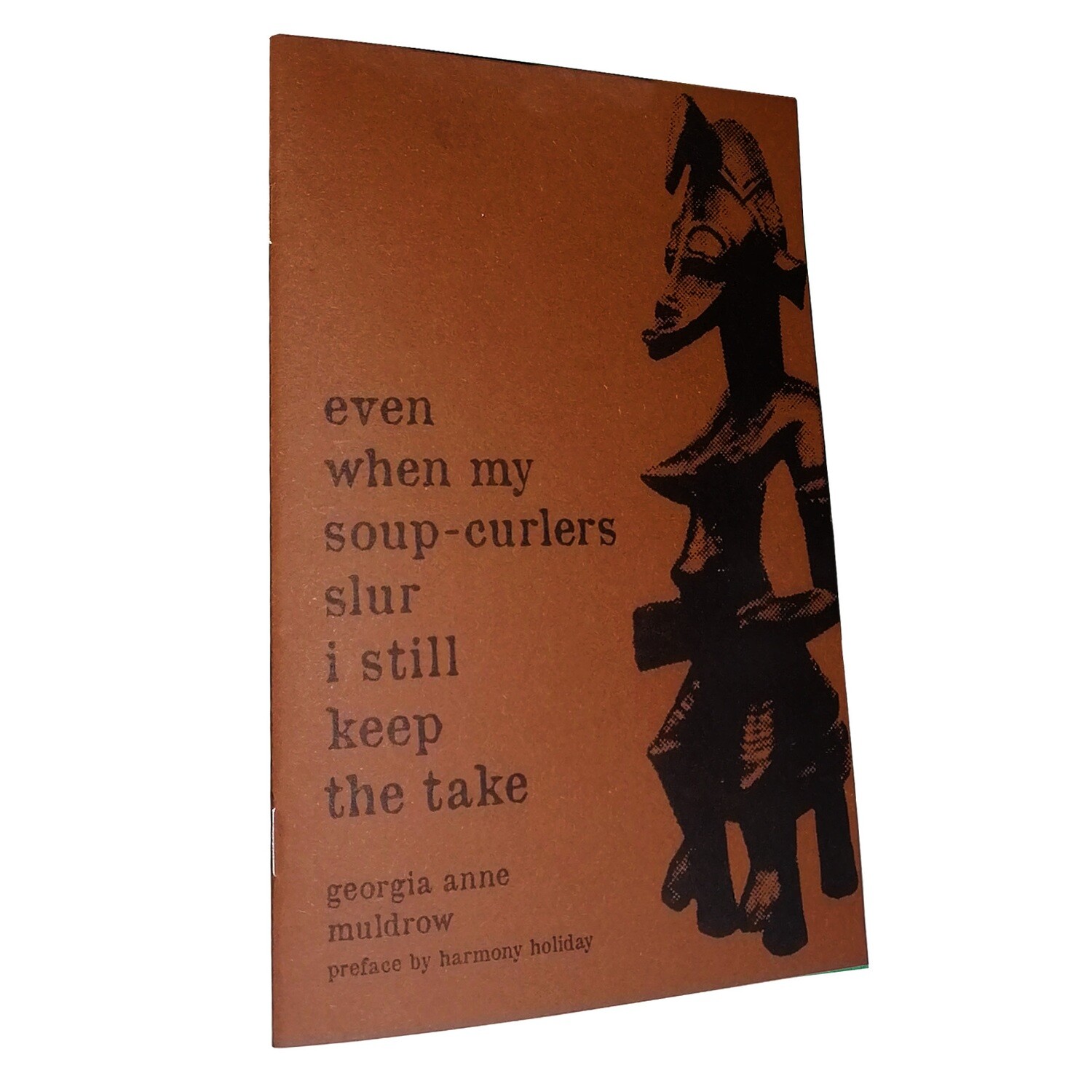 Chimurenganyana: Even When My Soup-Curlers Slur, I Still Keep The Take by Georgia Anne Muldrow

Georgia arrives in the middle of a song. She multiplies there to become singer, instrumentalist, poet, producer, her very presence is lyrical and elides fixed meaning and form. What orbits her work, at the risk of becoming jaded and delirious while circling her innate rhythm in a land that tries to contain its reach, is optimism. Her sound is often that of someone dejected by her own optimism, as if it betrays her reality or turns some purposed doom to triumph before it can strike. Do you ever check on your well adjusted, optimistic friends, the ones who always make you feel a little better just from being around them for a few hours? Those who give the most and make it seem effortless are often the most neglected. Their shadows become weapons of potential self-sabotage because no one notices that umbra looming beneath so much shine and defiance. Here we get to bask in such a shadow as if we have earned access to the part of the music that will never be on the market, that refuses the transactional, that confesses ahead of the beat, unmarks the beast, achieves true self-actualization.

(from the preface by Harmony Holiday)