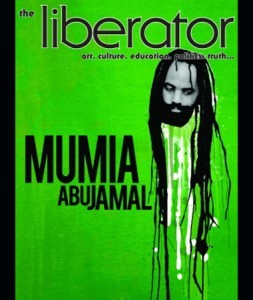 “Inspire. Educate. Celebrate.” With these words, the founders of The Liberator Magazine, Brian Kasoro, Gayle Smaller, Tazz Hunter, Kenya McKnight, Marcus Harcus and Mike Clark define their agenda. Firstly published in 2002 in Minneapolis, the bi-monthly publication’s mission is to “help preserve humanity by creating and supporting excellent spaces of dialog that provide fresh and forceful analysis and critique of art, culture, education, and politics.”

Taking its cue from the artists it covers – Chuck Dee, Dead Prez, K’Naan, Talib Kweli and more in music, writers such as Jeff Chang and Askia Toure; visual artists and filmmakers including Kara Walker and James Spooner; social and political change agents like Brent “Siddiq” Sayers and Runoko Rashidi – it looks back to the revolutionary spirit that inspired the Black Arts Movement, while at the same time embracing a contemporary aesthetic with its foundations in a pan African consciousness.

Defiantly collective it seeks to erase boundaries between divergent art forms and explore the intersections between the personal and the political in a heartfelt, serious way. This position places it in direct opposition to mainstream urban culture, which Askia Toure describes as having “lost its national consciousness, in its rush to assimilate materialism, bling bling, capitalism and misogyny.”
An inlet to underexposed voices, The Liberator embraces the raw spirit of street-level publishing. Its content veers dizzyingly from arts and culture, to war, immigration, homelessness and crack cocaine at home; from broad-brush assertion to the laser-focused insights of previously unheard voices.

Focused on community building and grassroots activism, it provides social and political analysis rooted in the same urban enclaves from which it has come. As editor Kasoro explains, “We were the kids of the crack generation… we saw all the unhealthiness in our community – so we set out to start a conversation about how to liberate ourselves.” At the same time it sidesteps ghettoization by situating its debate within the complex web of creative expression which binds black artists from around the world. A global publication, The Liberator is distributed in Minneapolis, Washington D.C., New York, Atlanta, Chicago, Los Angeles and Philadelphia, London, Nairobi, Johannesburg, Kampala and Dakar.

The fiery voice of a new black self-consciousness and social consciousness reclaiming its freedom in the complex contemporary world, it is “a collective, one of conscious human beings – street observers, historians, journalists, poets, scientists, comedians, writers, philosophers, soap boxers, artists, and griots who are dedicated to ensuring that everyone’s story, be it artistic, cultural or political, is told, heard, digested, analyzed and, most importantly, respected.”