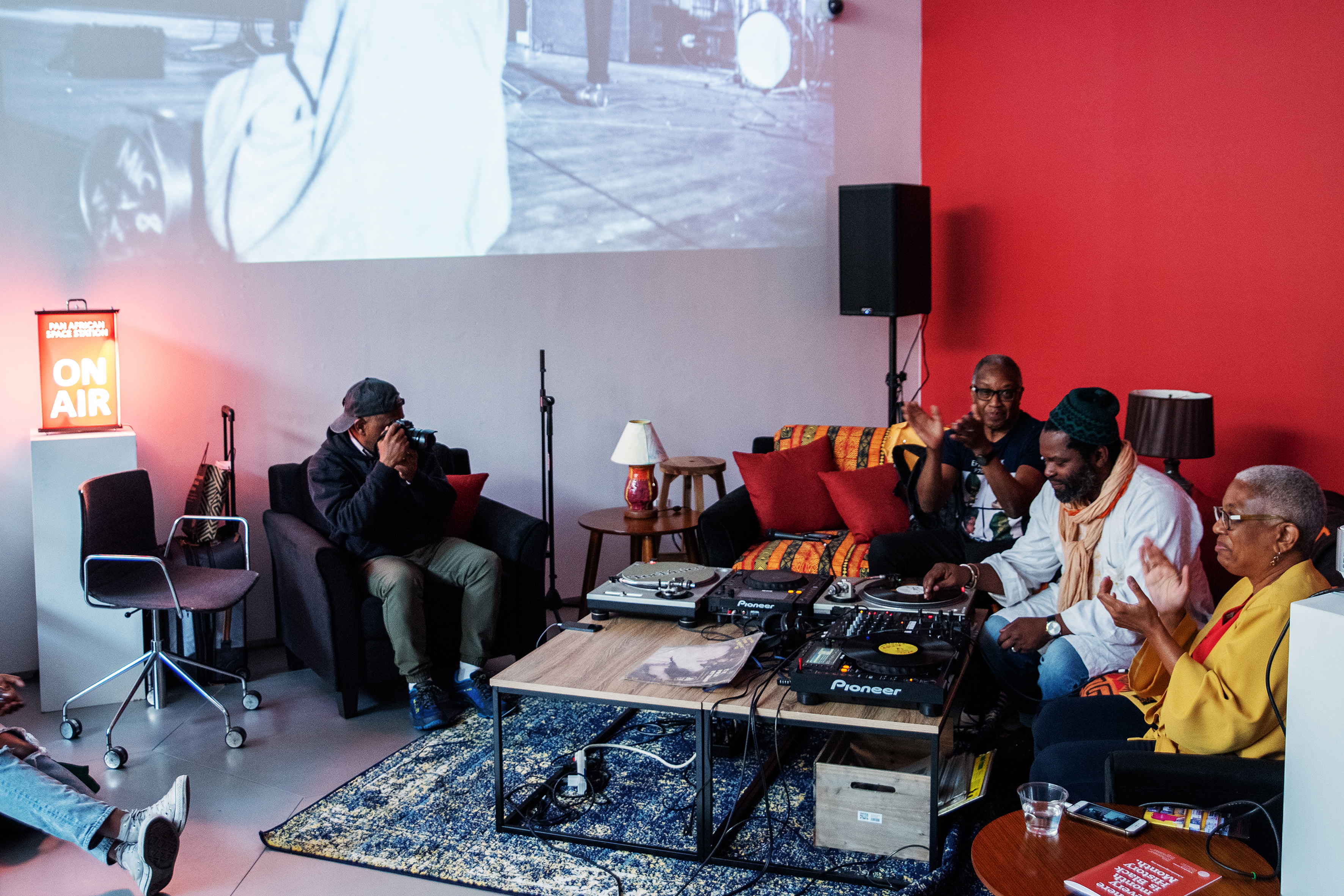 By Chimurenga on October 23, 2019 in Uncategorized

As revealed in Chimurenga’s recent publication which compiles stories from/about FESTAC, Sun Ra’s Astro/Afro-mysticism was initially rejected by an important section among FESTAC participants – including some members of the US contingent. In collaboration with trumpet and composer Ahmed Abdullah, and trombonist and composer Craig Harris, both Arkestra members who formed part of Sun Ra’s group at FESTAC, we listened to the Sun Ra Arkestra performances (and other free jazz musicians such as Milford Graves) in Lagos. The musicians were joined by photographer Calvin Reid (who documented the Sun Ra Lagos sessions).

Stories of the Black Arts Movement are often dominated by iconic black male poets. However Black Women Collectives were represented at FESTAC via their members:  Alice Walker, Audre Lorde, Louise Meriwether, from the writers group The Sisterhood; and Charlotte Ka Richardson, Faith Ringgold, Valerie Maynard and many more from the visual arts group Where We At.

In her reflection on black women’s collectives and FESTAC, poet, choreographer and myth-scientist Harmony Holiday asks:  Can we override those epigenetic tendencies rooted in generational trauma, by simply gathering and sharing ideas on our own terms, or is it too late for that pure and reckless kind of love, that troubled and troubadour Black love?… Can a festival turn into eternal solidarity?

Harmony shared her piece in the PASS studio in the company of Charlotte Ka, Valerie Maynard and Marilyn Nance.

FESTAC was mainly ignored by the US mainstream media – reporting and analysis from media outlets such as New York Times and Washington Post, among others, focused more on lamenting the absence of whites and poor organization of the event than covering the month-long programme featuring original productions by some 30,000 artists from all over the Black world. A visual memory of FESTAC exists primarily through the perseverance of independent photographers such as Marilyn Nance, Calvin Reid, Kofi Moyo, Bob Crawford, among others, as well as the coverage produced by black media outlets such as Ebony.

Nance, Reid and other black photographers who documented FESTAC joined us in the PASS studio.