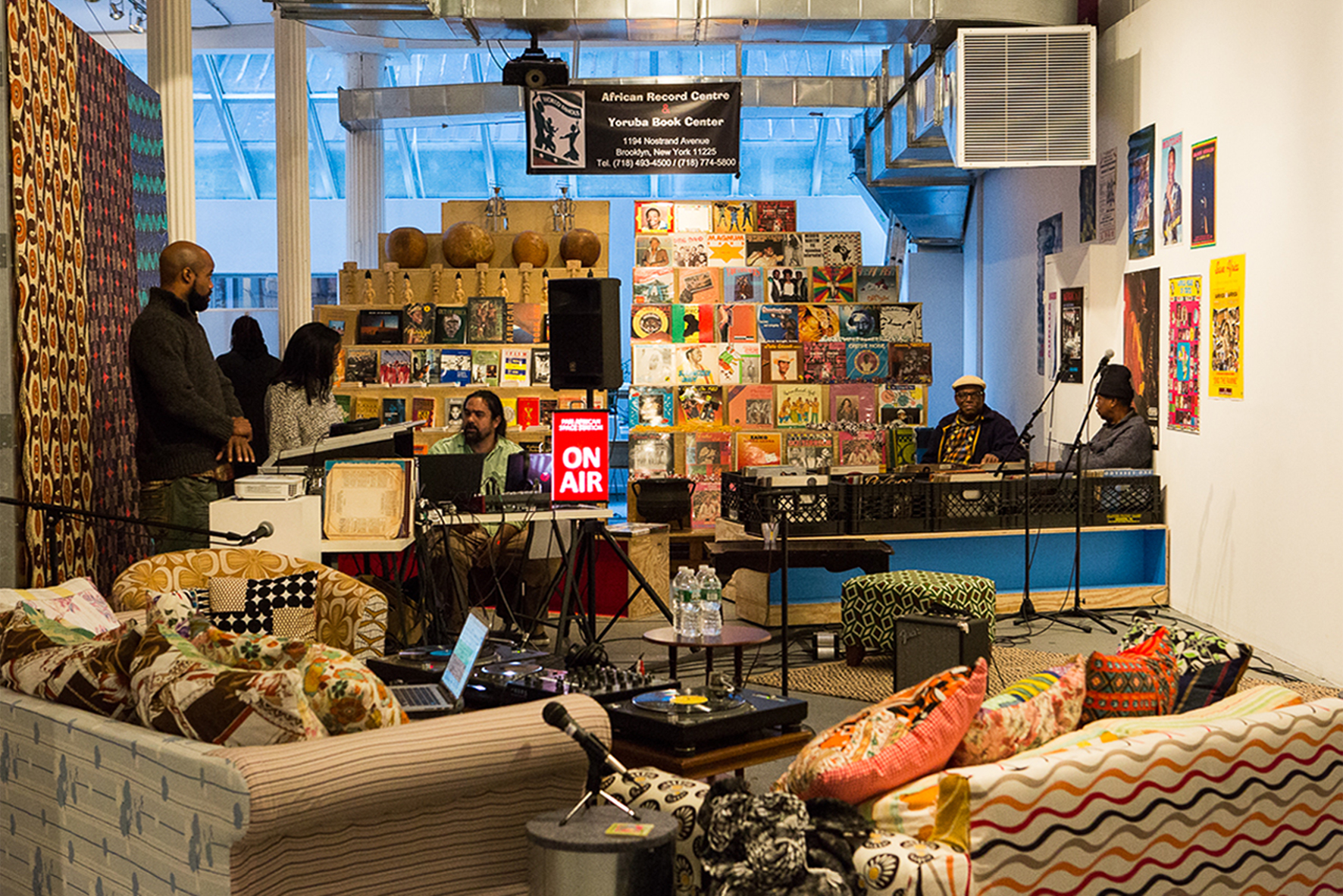 By chimurenga on November 11, 2015 in Uncategorized

From 11 to 15 November 2015, the Chimurenga Library hosted PASS with a live broadcasting programme of music, interviews, and events with Chimurenga collaborators in New York, including musicians, journalists, writers, curators, and filmmakers. The live broadcast studio functioned amidst an installation that brought together pop-up stores that experiment with trade, informal economies, aesthetics and body language, music and spoken word, mobility and infrastructure.

To listen to recordings from PASS New York, visit our Mixcloud.