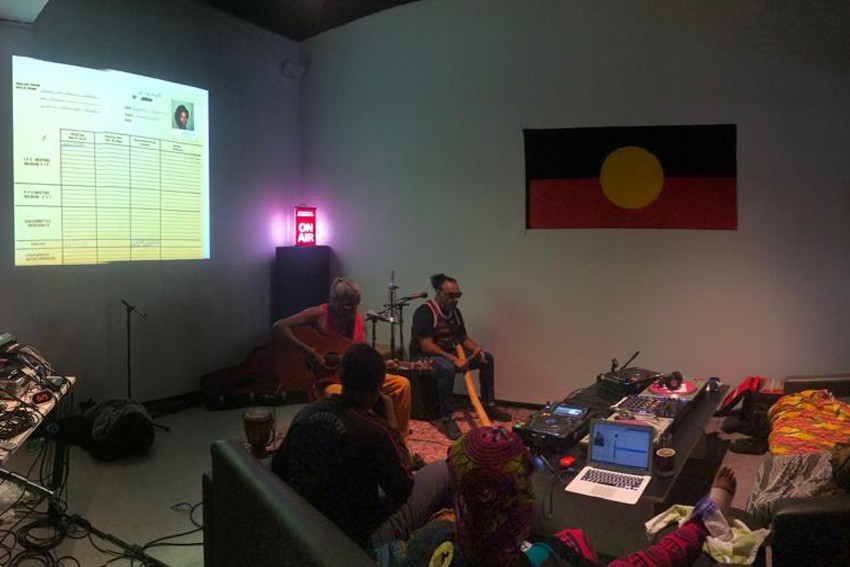 By Chimurenga on April 11, 2019 in Uncategorized

From 11-13 April 2019, the Pan African Space Station landed in the stolen and occupied land of the Boonwurrung (of the Kulin nation), in what is known today as Australia.

Invited by Monash University Museum of Art (MUMA) as part of an exhibition entitled Shapes of Knowledge, PASS explored “Black Australia” historical and current connections to pan Africanism and their participation in FESTAC ’77 – the 2nd World Black and African Festival of Arts and Culture which took place in Lagos in 1977. Our publication on FESTAC will be released later this year.