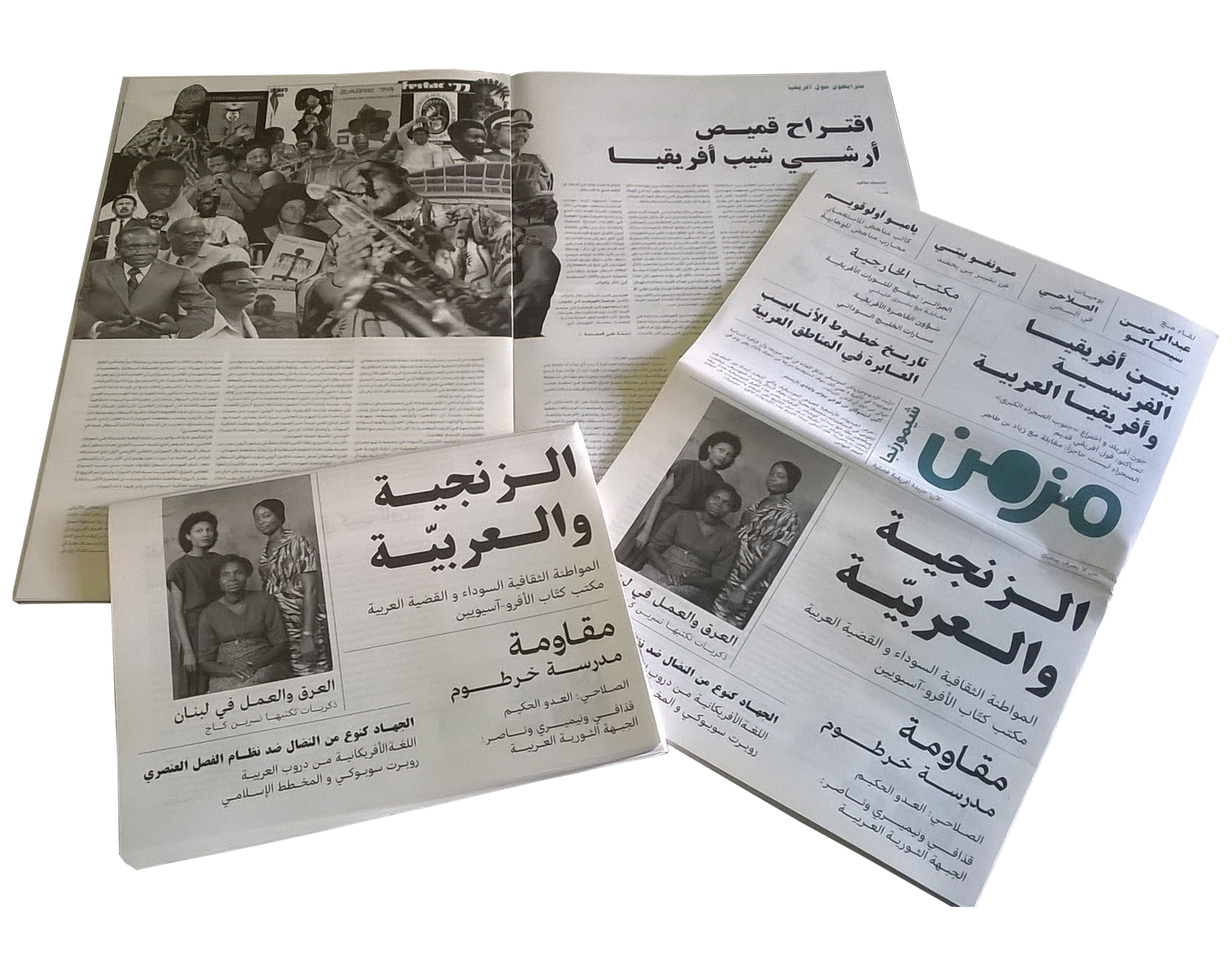 By Chimurenga on July 17, 2015 in Uncategorized

In the minds of many, the Sahara exists as a boundary between the Maghreb and “Black Africa”. History and our lived experience tell a different story. The latest issue of Chimurenga’s pan African gazette, the Chronic, bears testimony to this. Designed in collaboration with Studio Safar in Beirut, and published in its entirety in Arabic as Muzmin, this special edition of the Chronic argues that the Sahara has never been a boundary, real or imagined. Trade caravans, intellectuals, literatures, human resources and political ideas have long circulated from Timbuktu to Marrakesh, from Khartoum to Tunis and Cairo and beyond.

Marked by an urgency to unsettle the fictitious divide, this issue continues Chimurenga’s ongoing quest to present alternative political, economic, historical, geographical and cultural cartographies of the continent. To imagine Africa, and to speak of it, outside the maps drawn at the Berlin Conference (1884-85).