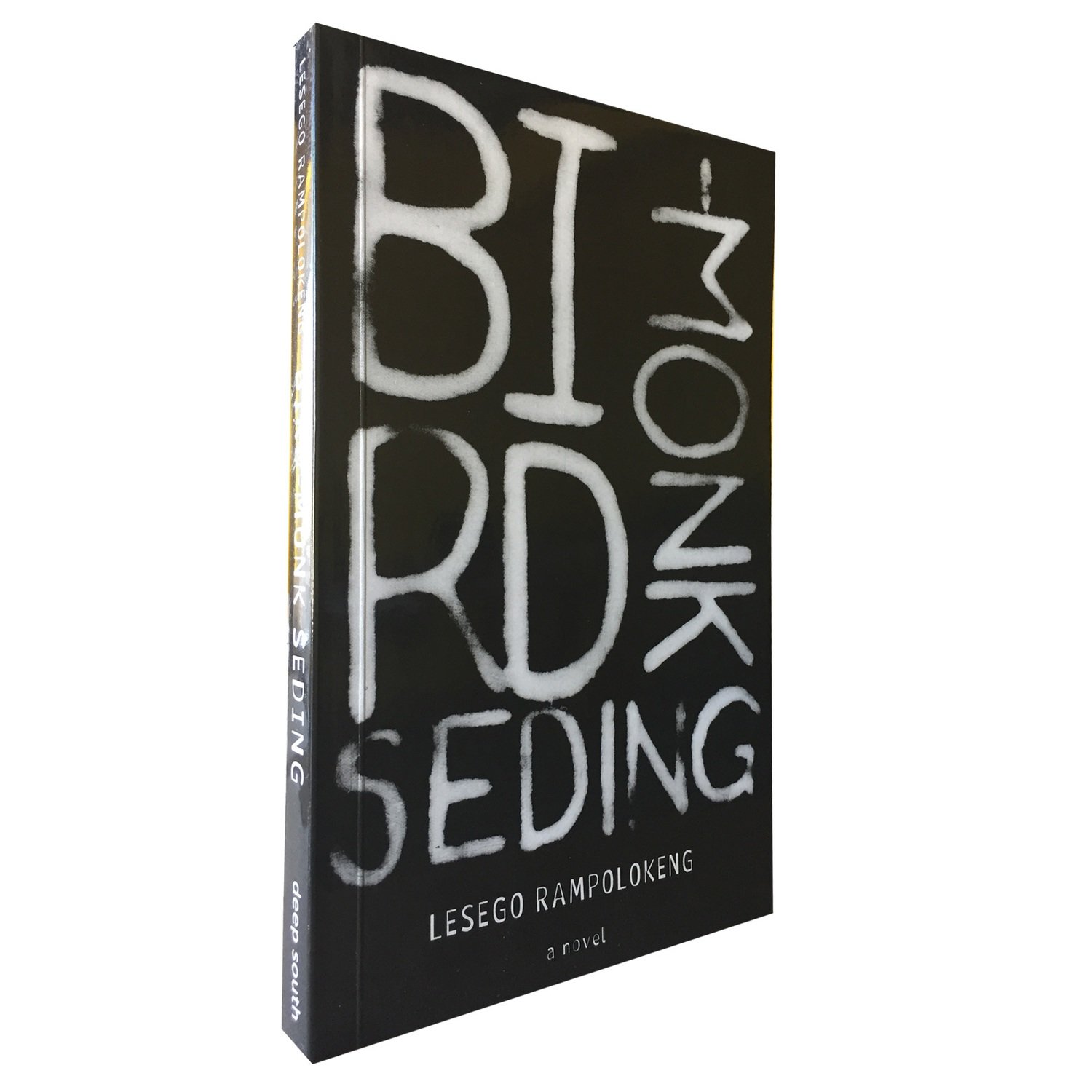 This place is called SEDING, short for Leseding, place of light. Quite ironic given the darkness throbbing at its core and spilling out bubbling in the blackest rage when lease expected. Surrounded by farmland in all directions, it is a settlement of about 700 households crammed in tiny structures.

Average 7 souls per hovel. It used to be made up of ramshackle corrugated iron shacks that seemed tossed down regardless of aesthetics. Then the new administration's housing programme kicked in.

Lesego Rampolokeng's third novel Bird-Monk Seding is a stark picture of life in a rural township two decades into South Africa's democracy. Listening and observing in the streets and taverns, Bavino Sekete,often feeling desperate himself, is thrown back to his own violent childhood in Soweto. To get through, he turns to his pantheon of jazz innovators and radical writers.